Once the North East Recreation Trail becomes a reality it will be a world class walking and cycling experience from Lilydale to Scottsdale in north-east Tasmania. Walkers and cyclists will enjoy an unrivalled experience immersed in the rural life and natural beauty of a region considered as Tasmania’s best kept secret.

The trail will feature a smooth gravel surface, easy access and gentle gradients. Visitor experiences will be enhanced by history and nature interpretation signs, nearby cafes, produce stalls, accommodation and other attractions and services. All this is rounded off by everchanging vistas of rural views, rolling farmland, a tunnel, historic bridges and a big dose of unspoiled nature.

This is a fully funded project to use Tasmania’s non-operational Launceston to Scottsdale North East rail corridor as a recreation trail.
Also known as a rail trail, these projects are taking off around the world. They are free-access paths recycled from abandoned rail corridors. They can be used for cycling, walking and sometimes horse riding.

A few years ago a group of volunteers formed North East Recreation Trail Inc to bring these benefits to the region and to those wishing to visit. 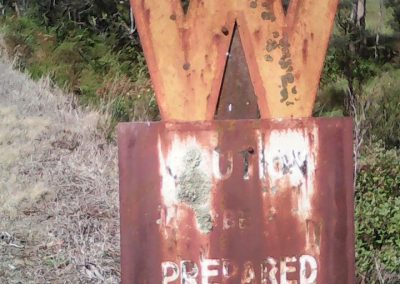 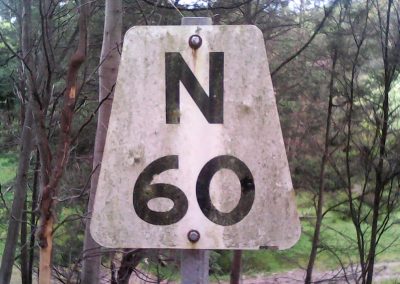 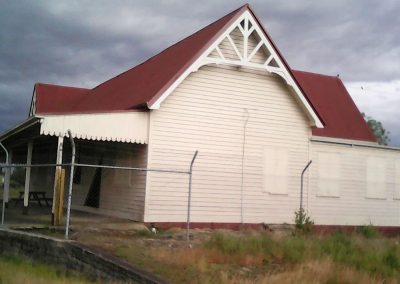 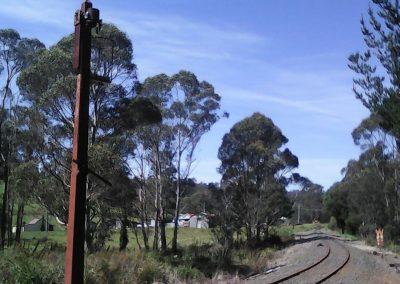 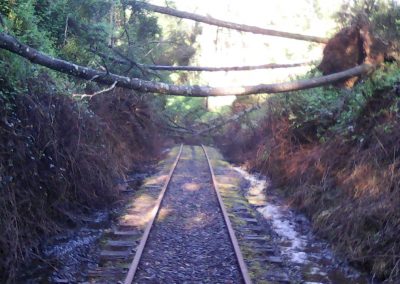 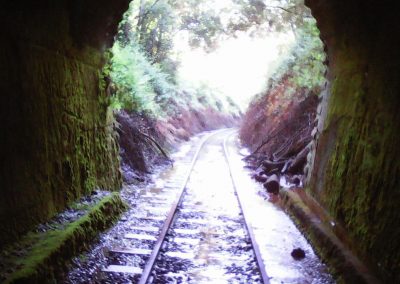 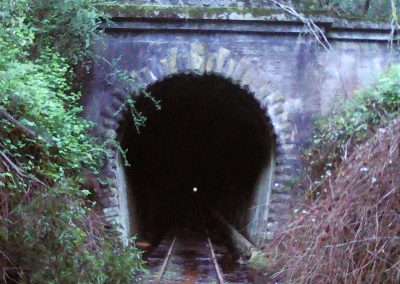 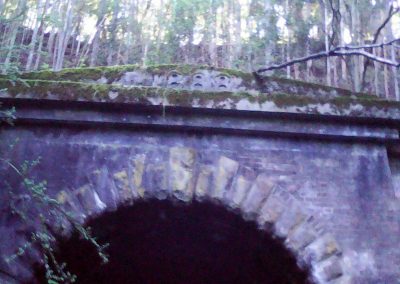 The trail will link with the existing North East Rail Trail built and maintained by Scottsdale Rotary Club from Scottsdale to Billycock Hill, a distance of about 26km.

The original plan was to build the trail from Coldwater Creek to Scottsdale, a distance of 60km, and also link with the existing cycleways to central Launceston.

Coldwater Creek, near Rocherlea, is where the former North East railway turns off the still-operating Launceston to Bell Bay railway.

But following a more recent proposal to include a heritage rail operation, the state government (which controls the corridor) recently announced a compromise. That compromise is supported by our group and many others, including the Lilydale District Progress Association and Dorset Council.

Heritage rail (LNER) would be offered the 12.5km section from Turners Marsh to Lilydale, with the possibility of extending to Coldwater Creek.

The about 42km Lilydale to Scottsdale section will become the recreation trail, including a 2km cycleway next to the road connecting Lilydale to Lilydale Falls. 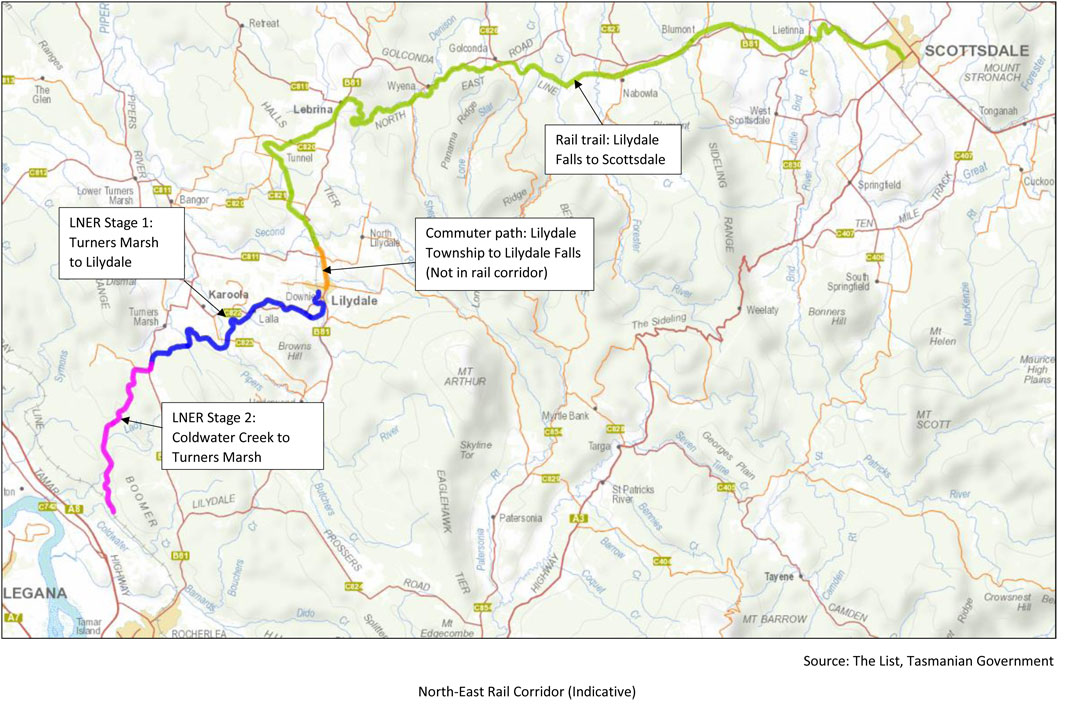 Base data from theLIST (www.thelist.tas.gov.au), © State of Tasmania

For the recreation trail to become a reality, the state government must go through a process in Parliament to make Dorset Council the corridor manager. Dorset will then work with the recreation trail group to build and open the trail. As has been demonstrated on the North East Rail Trail and others, the minimal ongoing trail maintenance costs would be funded through sponsorship and volunteers, with minimal public money needed.

A Finance and Treasury Department report released in July established the rail proposal was high risk and the value of above-ground assets (rail, sleepers etc) of the North East railway to Scottsdale to be zero or even negative when considering ongoing maintenance and other costs. Also, it would cost at least $29 million (and likely much more) to restore the line for even a low-speed train.

No group (other than TasRail) has the mandatory national rail regulator approval to run trains on this line. It is highly unlikely in the extreme that any voluntary body would have the capacity and resources to obtain such approval.

By contrast, the recreation trail is a proven concept and is fully funded with low maintenance costs. The project is ready to be implemented and will be available for free to everyone, all the time.

The recreation trail will preserve the corridor and recognise the heritage values and history of the region for all to enjoy at their own pace.